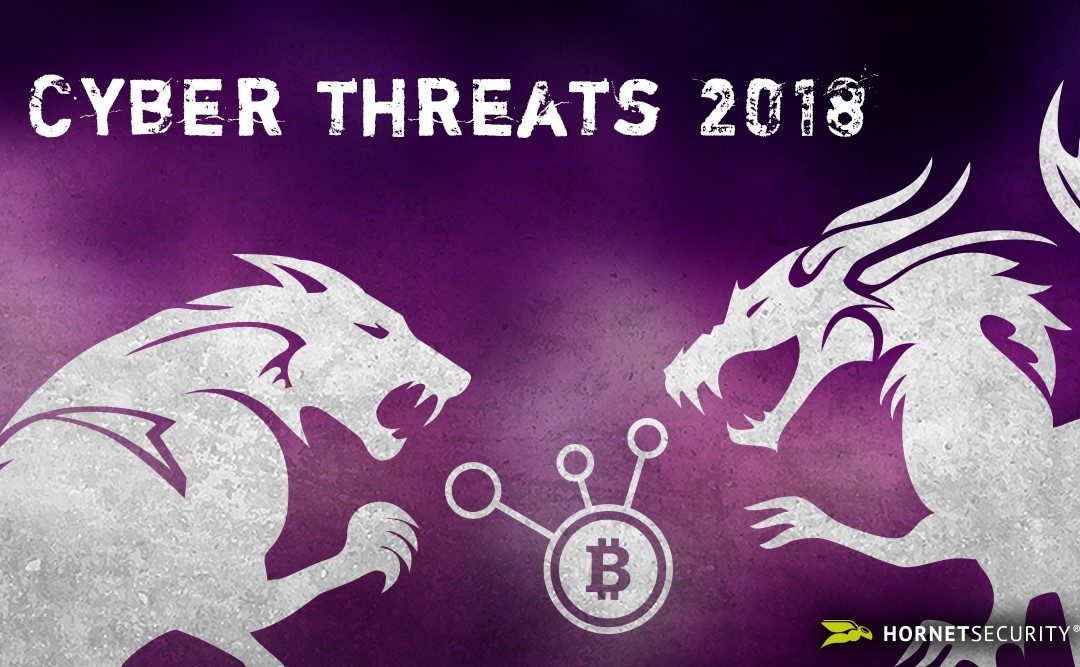 A look into the future can be worthwhile. Especially with regards to cybercrime, it is advantageous if companies already know at least approximately what they can expect in the year to come. Because so far each year was characterized individually by different scenarios of threats. For example, the year 2016 was still considered the golden age of phishing, as can be seen from an article by heise online. 2017 brought us a change in trend and was particularly strongly influenced by ransomware attacks such as WannaCry, Bad Rabbit and NotPetya. So what can or should we expect for 2018? Let’s take a glimpse.

Cryptocurrencies in the focus

At least one thing can already be said: In 2018, new and more complex methods of attack will set new standards again. The cryptojacking attacks, which are already growing rapidly in numbers, could for example be influential for the coming year. Cryptojacking is an attack method in which cybercriminals hijack foreign computers in order to dig for cryptocurrencies, mostly bitcoins. It can be enough to visit one of more than 50,000 websites that contain the malicious code. They contain a tiny javascript piece of the cryptomining service “Coinhive”, which automatically causes the computers to “dig” cryptocurrencies for the hackers. The performance of the processor of affected devices is demanded in such a way that they can hardly be used for other activities.
Given the persistently high price of cryptocurrencies, it is also likely that there will be new types of ransomware in 2018 that specialize in blackmailing Bitcoin and others. New targets could be smart devices such as televisions or mobile phones with Android system software, as these are particularly easy to hijack for hackers.

Macros and exploits still cause trouble

The attacks with harmful scripts that cybercriminals particularly like to hide in Office files, will probably continue to accompany us in 2018. They tend to communicate consistently with compromised websites from different devices. For example, the attackers use PowerShell to perform command-and-control activities to achieve the desired effect that way. In particular, our security lab gives warning of attacks that use exploits. Unlike macros, these require less or even no user interaction to infect the system. This method often exploits vulnerabilities in popular software shortly after they are released. If the victims’ systems have not been updated yet, then the hackers will have an easy job.

The “Internet of Things” is much loved – also among cybercriminals

The “Internet of Things” has by now been on everyone’s lips. The interconnection of objects is not only popular among technophiliacs. Increasingly, cybercriminals also take their pleasure in it. This is simply due to the fact that many of the wireless connected devices are not quite up to date in terms of safety.

The “Mirai botnet” has already shown us impressively, how vulnerable unsafe configured IoT devices can be. It seized millions of Internet-related everyday devices such as routers, observation cameras and even toasters. This was followed by a large-scale of DDoS attacks, which even occasionally led to disruptions at Amazon, Netflix or Twitter, therefore even striking very popular Internet services. Even branches such as the medical sector are taking more and more use of the Internet of Things. Because it is convenient to connect medical devices to the Internet, for example to digitize medical records. However, the resulting dangers should not be underestimated.

Conclusion: Taking the right precautions saves a lot of trouble

As threatening as the new developments may seem: Companies that already use a sophisticated and proven IT security concept have only little to fear. By contrast, the mere use of antivirus software does not ensure a safe IT infrastructure. On the contrary, the use of traditional anti-virus programs can even have a negative impact on a company’s IT security, as we have previously reported. In fact, considerably more things matter: Efficient IT security concepts are based in particular on prevention and the use of effective IT security solutions. Cloud-based IT security solutions, such as the services provided by Hornetsecurity, play an increasing role in this. They safeguard you against even the most sophisticated cyberattacks, so that not even ransomware and others can throw your business off track.