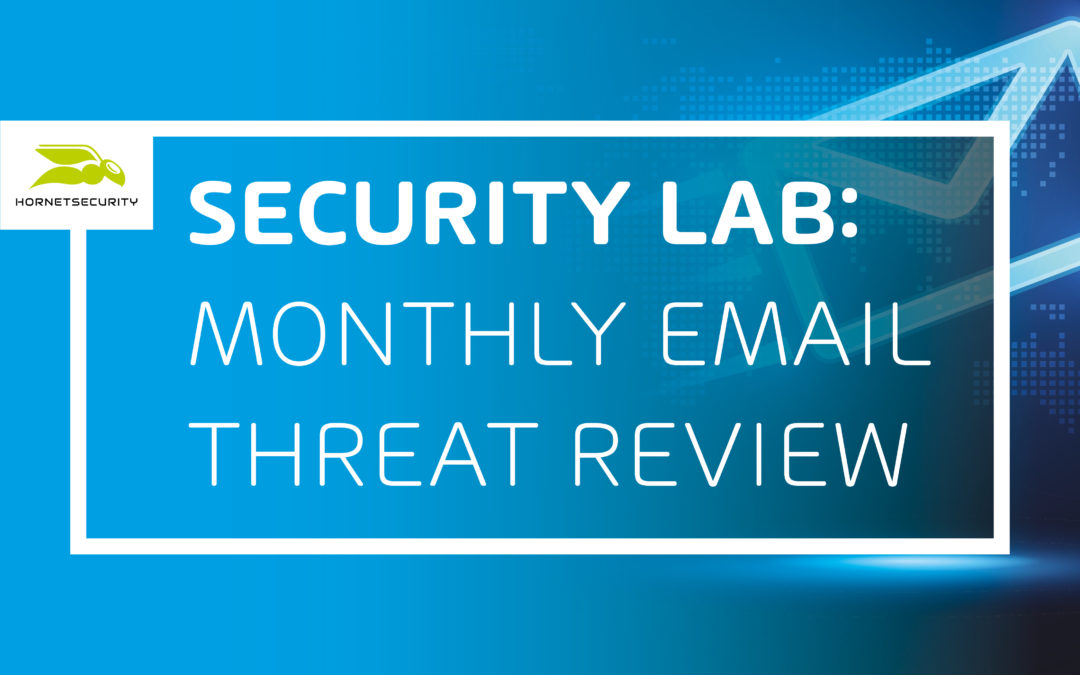 In this installment of our monthly email threat review, we present an overview of the email-based threats observed in April 2022 and compare them to the previous month’s threats.

The following table shows the distribution of unwanted emails per category.

The following histogram shows the email volume per category per day. 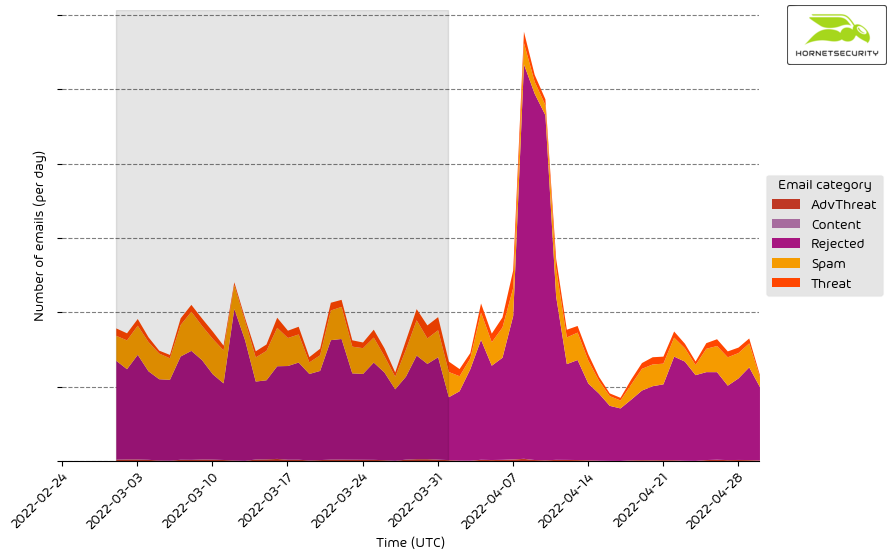 The spike in rejected emails from 2022-04-07 to 2022-04-12 can be attributed to a large-scale sextortion email scam campaign in the German language.

The following histogram shows the email volume per file type used in attacks per seven days. 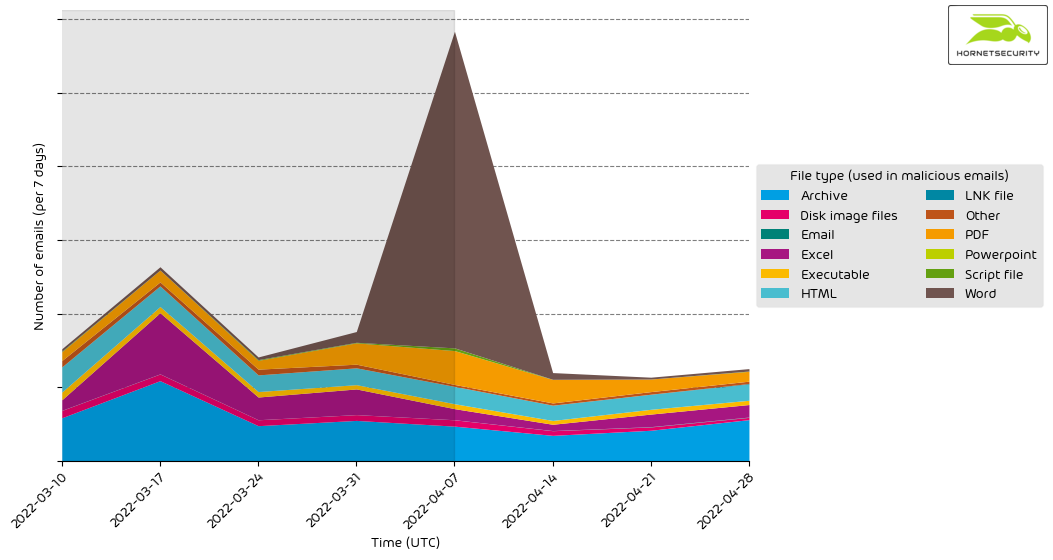 The spike around 2022-04-07 can be attributed to a large and very obtrusive malspam campaign spreading the Formbook malware using malicious Word documents exploiting CVE-2017-11882.

The following table shows our Industry Email Threat Index calculated based on the number of threat emails compared to each industry’s clean emails (in median). 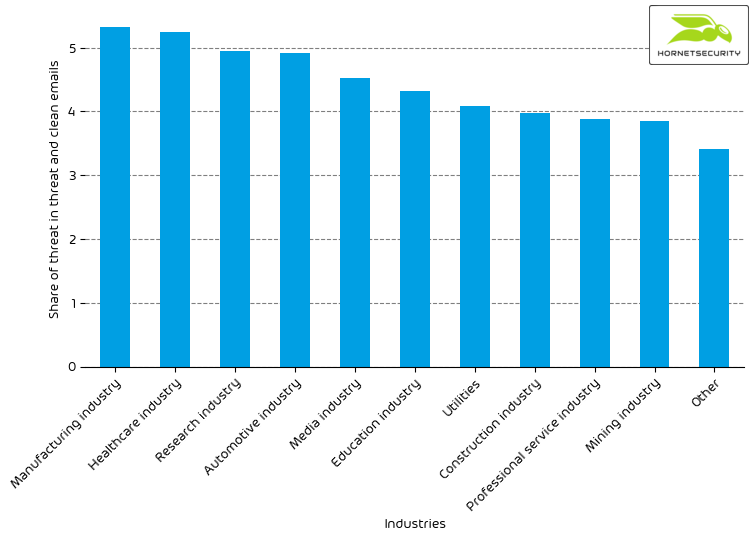 The Top 3 industries in our email threat index remain unchanged. However, the research industry has fallen from 1st to 3rd place.

The following table shows the attack techniques used in attacks.

The following histogram shows the email volume per attack technique used per hour. 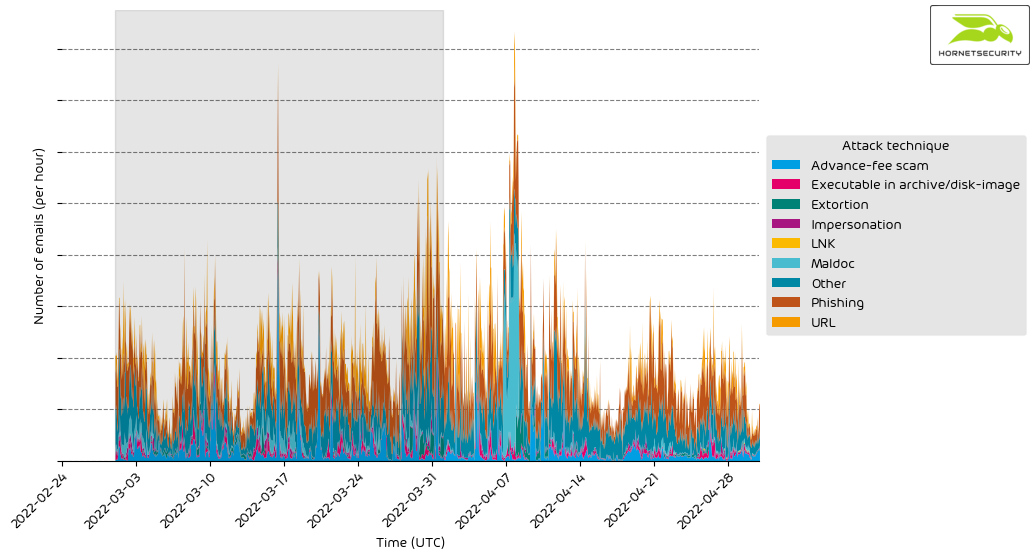 The increase in maldocs (malicious documents) used can be attributed to the aforementioned large-scale Formbook campaign. The maldocs of the Formbook campaign can also be clearly seen in the data plot around 2022-04-07.

The following table shows which company brands and organizations our systems detected most in impersonation attacks.

The following histogram shows the email volume for company brands and organizations detected in impersonation attacks per hour. 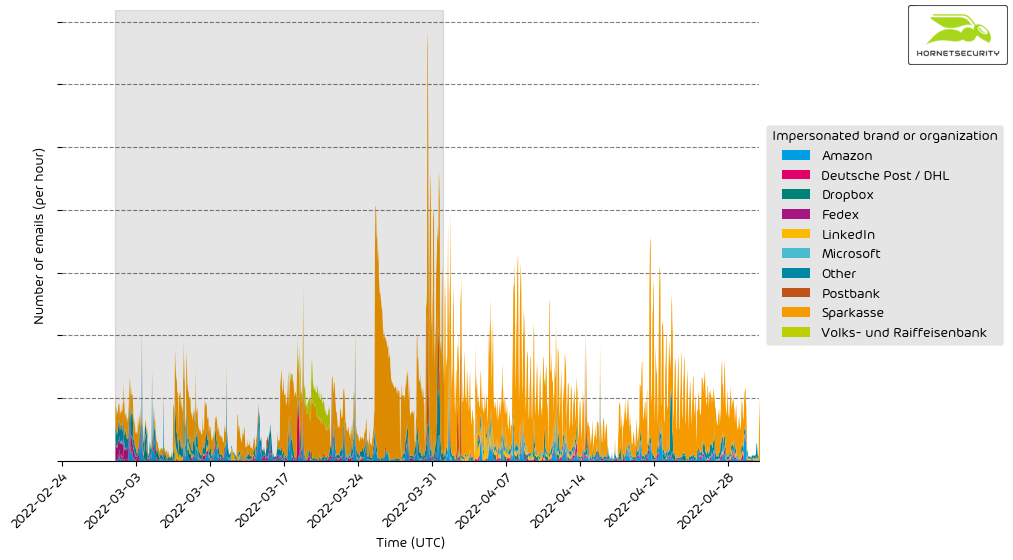 The German bank Sparkasse continues as the most impersonated entity used in attacks.

This month we want to highlight Emotet’s LNK file campaign. Emotet is malicious software that is used to steal personal information from infected computers. It is a type of Trojan horse that is spread through spam email messages. Emotet can also be used to install other types of malware on an infected computer, such as ransomware.

On 2022-04-22, the Emotet botnet operators started to use LNK files to spread the Emotet malware via emails. To this end, they replaced their previously used malicious XLS documents with an LNK file. LNK files are shortcuts that link to other files. However, these files can also inject commands into executable files. This can allow malware to be installed on the user’s computer without their knowledge. If a user receives a .lnk file from an untrusted source, they should not open it.

The emails containing Emotet’s malicious LNK files follow the same email conversation threat hijacking scheme as regular Emotet emails. The LNK malware was usually sent where the malicious XLS document would be placed, i.e., in some cases directly attached to the email but in others attached in a password-protected ZIP file with the password listed in the email. 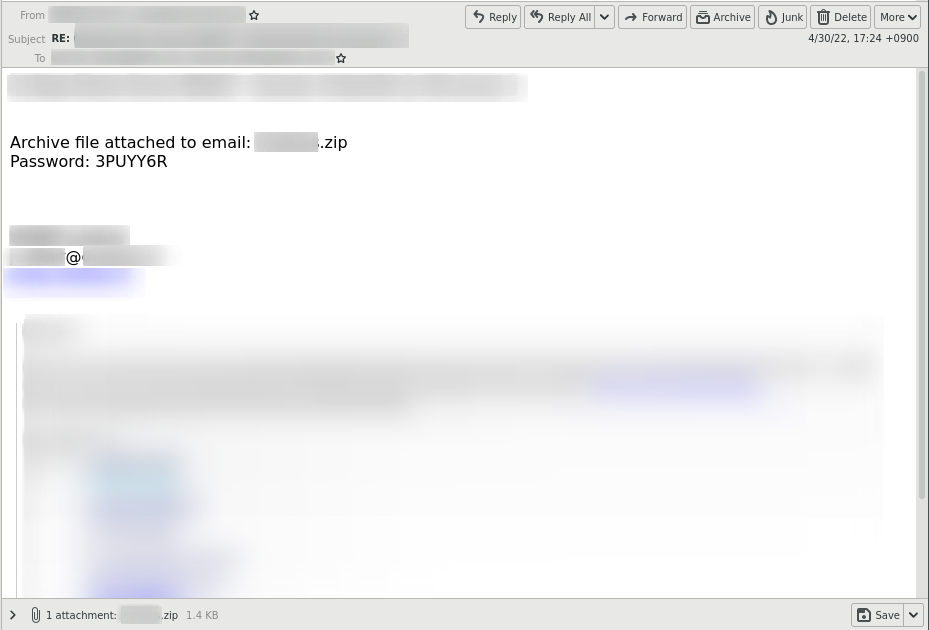 The LNK files had different variations. All of them used Windows\system32\cmd.exe as the target file for the LNK. The command-line arguments of the LNK were then used to provide commands to cmd.exe to execute. In one variant, a VBS script was appended to the end of the LNK file, which was extracted via findstr and written to a .vbs file, and executed by the command line arguments in the LNK file.

Other variants used Powershell in the command line arguments of the LNK files to execute a download of the Emotet loader.

The following histogram shows the email volume for Emotet’s LNK email campaign per 3 hours, comparing it against its XLS campaign. 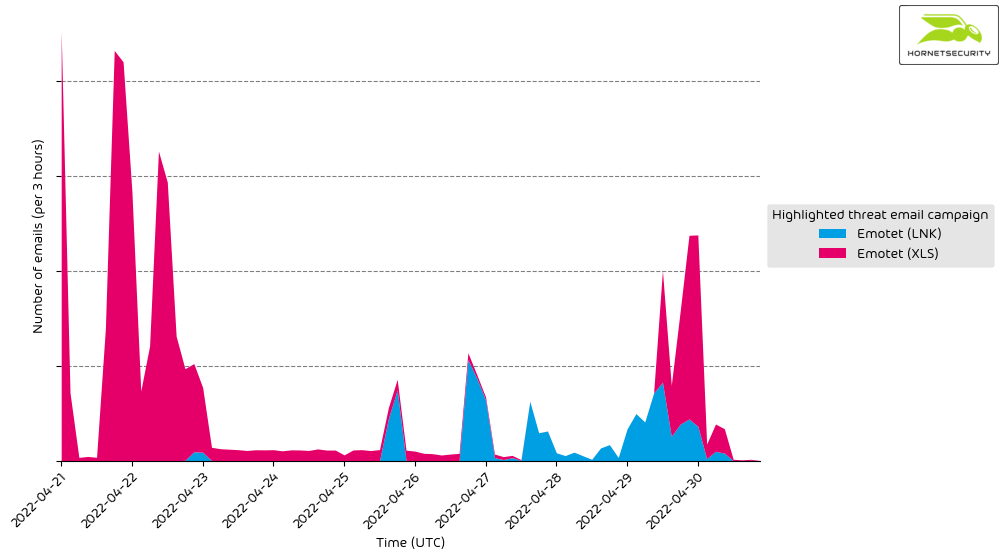 We assume that Emotet’s operators switched back to XLS files because their LNK files had a much higher detection rate across security vendors.