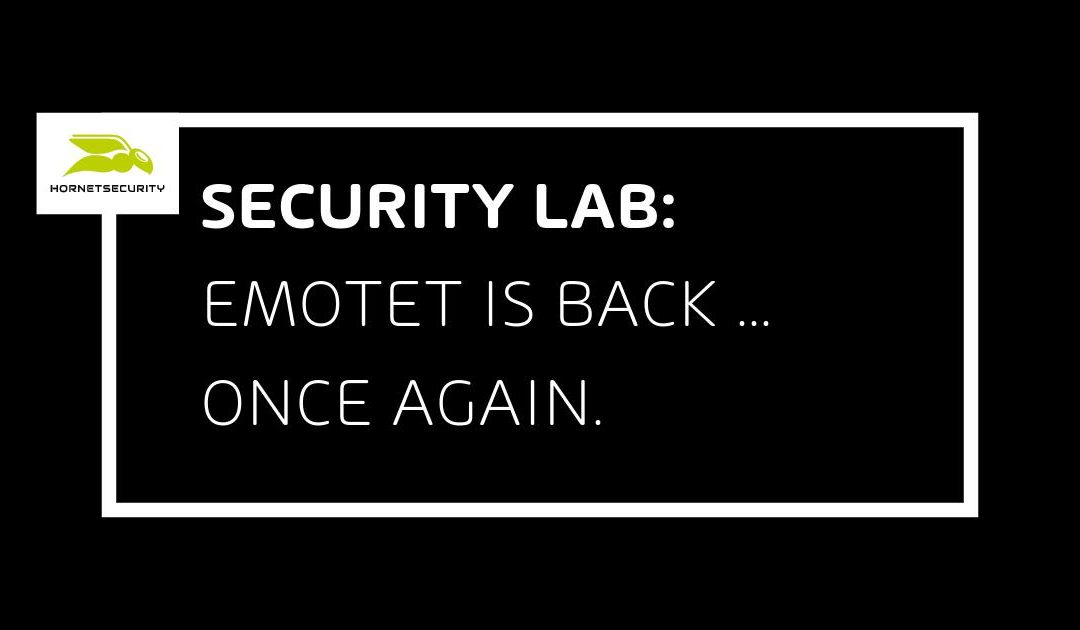 Hornetsecurity observes that the Emotet botnet became active after its shut down in January 2021. Hornetsecurity’s Security Lab already identified new Emotet malspam campaigns in the wild.

Emotet (also known as Heodo) was first observed in 2014. It was a banking trojan stealing banking details and banking login credentials from victims. But it pivoted to a malware-as-a-service (MaaS) operation providing malware distribution services to other cybercriminals. Today, Emotet is probably the most prolific malware distribution operation. To this end, it steals the emails of its victims and replies to the victim’s previous conversations. This is known as email conversation thread hijacking.5 Hornetsecurity has written numerous blogposts about Emotet.2,3,4,5,6,7

On 2021-11-15, TrickBot malware was installed via malspam, downloaded, and installed the Emotet malware. Subsequently, the Emotet botnet was rebuilt and started to send malspam from its botnet again.

In some cases, the malicious documents were also placed in encrypted ZIP archives. The passwords were in plain text in the emails.

Hornetsecurity’s technical defense mechanisms do not get fooled by social engineering techniques such as the employed email conversation thread hijacking.

With the details mentioned above, we strictly recommend our Advanced Threat Protection services for adequate protection against sophisticated adversaries such as Emotet, who may change their attack patterns at any given time. Signatures for known malicious Emotet documents will be added to Hornetsecurity’s Spam and Malware Protection also to protect customers that do not have ATP services booked.