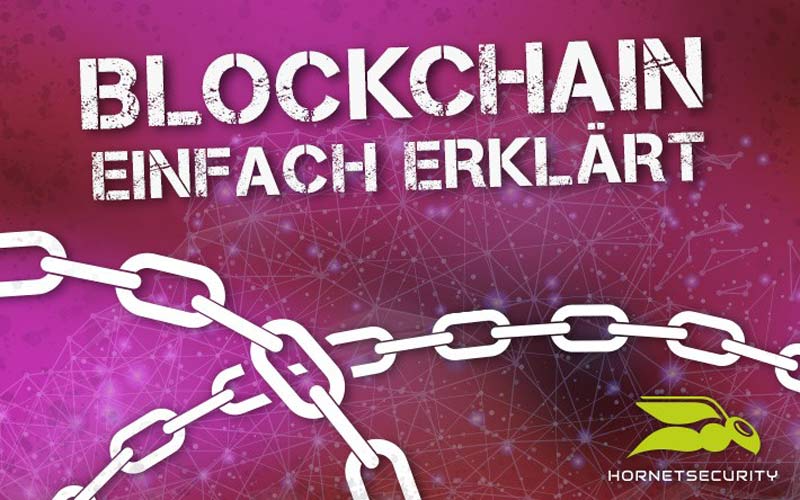 Over and over again in recent times the subject of blockchains has made the headlines. Probably the best-known representative of this technology is the Bitcoin cryptocurrency. Yet the uses to which a blockchain can be put are more diverse and are hotly discussed in the financial and insurance industries and in IT. So what exactly is a blockchain and what is the technology behind it? This blog entry looks at this question and goes on to examine the advantages that blockchains bring and the scenarios in which they can be used.

What is a blockchain?

A blockchain is essentially a decentralized digital database for the storage of data. This technology can be used to perform what are known as transactions and to verify and automate them. Transactions are data collections that are distributed to all participants (or ‘nodes’) within a particular network and subsequently collected together in blocks.
The origin of the name ‘blockchain’ is as follows. A ‘block’ is a body of stored transactions, while a ‘chain’ is formed by stringing together a number of blocks. The result is a ‘blockchain’ that is formed of multiple information blocks and is further extended by additional blocks. When this happens, the new block is always attached to the most recent block of the existing chain.

How does a blockchain work?

The individual blocks of a blockchain are created in a decentralized peer-to-peer network by means of a process called ‘mining’. In mining, transactions are verified by a consensus mechanism, validated and then joined together to form a block. The block thus formed is then chained to the existing blockchain.
The commonest consensus mechanism is the ‘proof of work’ algorithm. This is used in the Bitcoin blockchain, for example, and serves to ensure that a consensus prevails in the affected network about an identical version of the blockchain. To generate a new block, the miners must use a mathematical function – known as the hash function – to find the correct outcome of a given character string. This is done by entering various values into the hash function. The outcome of this function is predetermined, and therefore no conclusions can be drawn about the values contained within it. If the predetermined outcome and the result of the hash function employed are identical, the newly formed block is accepted and adopted by all nodes of the network.
The data of a blockchain is redundant and secure, since the data is stored on all the nodes within the network. As a result, the failure of one or more nodes does not pose the hazard of potential loss of data. Data contained within a blockchain can be neither changed nor deleted. Any manipulation would result in all subsequent blocks being invalid.

What types of blockchain are there?

Blockchains can basically be divided into three main types: public, private and consortium or federated. There are also other mixed forms that are not examined in this entry.
Public blockchain In a public blockchain, the network is entirely decentralized. There is no central point of responsibility, so that everybody in the blockchain participates on all nodes of the network and can access the blockchain data distributed within it. Before a new transaction can be added to a block, it must be verified and synchronized by every node. This type is therefore relatively slow and resource-intensive. Public blockchains are often used with cryptocurrencies such as Bitcoin or Ethereum. All nodes within the network agree the transactions. They therefore decide which transactions are included in a new block and added to the chain.
Private blockchain In this type there is a responsible party that operates the blockchain and undertakes the verification of the transactions. The responsible party can be a person or a company. This party also decides who may perform actions such as reading or writing. This form of blockchain has a higher level of data protection than the public variant, but it loses the fundamental notion of decentralization. The private blockchain is suitable for companies that do not wish to make their data freely accessible. Daimler and LBBW tested the use of a private blockchain in a pilot project for processing a bonded loan, from initiation through placement, allocation and conclusion of contract through to the interest payment and repayment confirmations.
Consortium or federated blockchain This is an extension of the private blockchain in which responsibility for the blockchain is shared among several parties. For example, a group of persons or companies can share in the responsibility for verification of transactions and distribution of access rights.
A consortium blockchain is faster than the public type, but unlike a private blockchain, is not dependent on a single person or company. Since a number of participants are involved who must decide on the transactions to be performed, wrong decisions, fraud attempts and the like are also less likely to occur. Consortium blockchains are likewise suitable for companies and are used in the banking industry, for example. Here there are alliances of multiple companies.
Within these alliances are what are known as ‘smart contracts’. Here a supplier, say, is automatically paid once he has supplied the correct quantity at the agreed time.

Use of blockchains in IT security

Blockchain technology can be used in a wide range of scenarios. In cyber security, the risk of cyberattacks can be minimized by means of secure encryption mechanisms. Data that has been verified in a consensus mechanism can then no longer be altered. The redundant infrastructure of a blockchain increases the failure safety of sensitive data and constantly increases user acceptance in the company.